Enhle Mbali Announces Her Latest Ambassadorship Deal and It Is For A Great Course. This is definitely a course that many should support. Enhle Mbali is without a doubt the perfect ambassador for the course as she is among local celebs who publicly speak against gender based violence. The international award-winning actress, fashion designer and creative has been unveiled as the latest ambassador of Mama Winnie’s Legacy for the Winnie Mandela Cup 2021.

I’m so proud and filled with joy to announce I am the ambassador of the @winnie_mandela_cup2021 . I pledge to in my personal life and career to stand up against GBV. Pledge to be a Minnie Winnie in the fight, as that’s what the cup stands for.

Recently, Enhle has revealed that she is also a victim of gender based violence. It is no secret that she ad Black Coffee are going through a dirty split, and are constantly making breaking news as their dirty laundry gets aired out. Enhle shockingly opened up about the incidents in which Black Coffee physically abused her, which dates from from as far back as 2014.

Other ambassadors of this initiative include, Princess Zamaswazi Dlamini Mandela, who is the granddaughter of the late Nelson and Winnie Madikizela-Mandela. She is the daughter of Zenani Mandela, Ambassador of South Africa to South Korea. Former professional footballer of the Brazilian National Team, FC Barcelona, Chelsea and world champion Juliano Belletti is also one of the ambassadors.

The Winnie Mandela Cup is a soccer tournament formed to intensify the fight against gender-based violence. It is also a platform for women empowerment and it is done in honor of Mama Winnie Mandela’s legacy. The virtual event will launch on the 22nf of April at 15:00hrs. 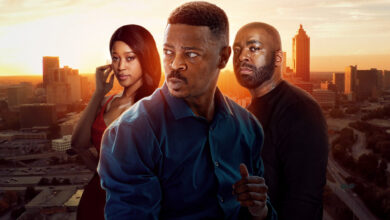