Somizi Bags A Cool TV Hosting Gig. He has without a doubt claimed 2021 as his. From his cook book, cooking show, business deals, everything Somizi touches turns into Gold. Just a weeks ago, he launched his own range of shoes. The prominent media personality, author, entrepreneur, musician and all round entertainer collaborated with local shoes brand Bathu, to come up with the fashionable BathuXSomizi range. Somizi also recently bagged a cool endorsement deal, and is the newest family member of the Mercedes Benz South Africa.

As if this isn’t enough accomplishments, Somizi has also secured another bag. He has been revealed as the host of the Mina Nawe House Tell All, billed for Sunday 28th February. Aclip of the teaser, shows Somizi asking the housemates, some hot questions which made them uneasy. With his personality, he is the perfect candidate to host the tell all of such a drama filled show.

Mina Nawe House which airs on Moja Love TV channel is a reality show where couple with relationship drama stay under one roof, and get the necessary help to deal with their issues. The five couples in the house are Sido and Manana, Gladys and Bra Archie, Mpho and Makgabo, Mpumi and Precious as well as Luvoyani and Zwido. They all came to the show on the brink of breaking up and have been entertaining viewers for over two months now.

Viewers of Mina Nawe House are excited that Somiz will be the host for the tell all. In the tell all teaser, Somizi brings up the Agreement name, a lady who has been troubling Sido and Manana’s marriage. The couple which a lot of people say is pretentious, was not happy with the kind of questions Somizi asked them and left the house immediately. It also looks like the troubled Luvoyani and Zwido have called it quits and went their separate ways. A couple that has really done well on the show, is Mpumi and Precious, who are now happily married.

Check out how excited some people are, about Somizi hosting the tell all next week. 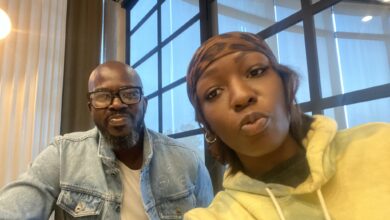