Levels! Rich Mnisi Featured On British Vogue. Another one of our stars has been featured on an international Vogue magazine! We have the likes of Enhle Mbali, Thuso Mbedu, Sho Madjozi just to mentioned a few who have made it in various Vogue magazines around the world.

With his talent, it was only a mater of time that Rich Mnisi also gets featured on Vogue. The contemporary fashion brand founded in 2014 is cementing its self in the world of fashion across the globe. The award winning designer has caught the attention of both local an international media. Rich has had features in ELLE, Dazed and Confused and GQ online, and now British Vogue.

With all his talent and achievements, Rich remains grounded. On his British Vogue feature, he said, “RICH MNISI featured on @britishvogue as part of 7 Inspiring African Fashion Brands to Know and Wear. Thank you to @koibird & @britishvogue for the love.” 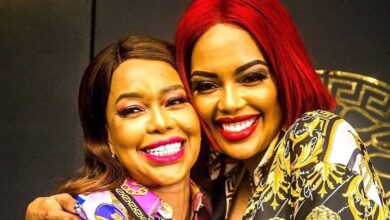