Kgomotso Christopher Joins Tweeps To Sing The Praises Of New Scandal! Actor. 12 year old Lihlohonolofatso has won a lot of hearts ever since joining Scandal! He plays the young Tebello who is taking care of Yvonne Langa’s sick elderly mother.

Although this is his first role, Lihlohonolofatso nails the character like a seasoned professional. A lot of viewers have confesses that they are back at watching the soapie just because of him.

Fellow actress who work closely with him, Kgomotso Christopher, also gushed at the talent that is Lihlonolofatso.

“The child prodigy…first time actor…we are watching him working and as professionals getting re-inspired. It’s about the craft, the work, the calling. Nothing else! Pure art in action. It’s beautiful to see all the love this boy has received. Deserved, Kgomotso said.

He is trending on Twitter and viewers can’t get enough of this fresh young talents. 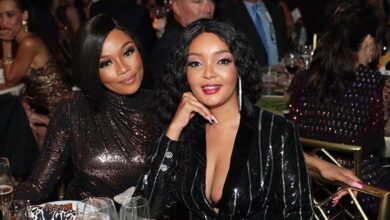