Leruli’s life hangs in the balance. Mulalo and Teboho have a difficult choice to make. KK loses it when Kgosi wants to see his grandmother. Dee wants more than just damages from Tenda.

Mulalo is faced with a difficult choice when his son’s life is hanging by a thread. Kgosi’s defiance of KK has an unexpected outcome. Dee goes to extreme lengths to make Tenda jealous.

Gizara has to break some bad news to Shaz which makes Shaz feel as if she will never be accepted. Vho-Masindi is hearted that she got to see both her grandsons. Vuyo misreads Imani’s intentions and makes a move that can cost him his job.

Kgosi’s life is turned upside-down with an epic revelation. Imani regrets shooting off her mouth. Dee rubs Mpho up the wrong way.

Gizara rocks up in Jo’burg determined to get his own way. KK fears that Kgosi may be gone for good. Dee attempts to keep a secret from Tenda.

Gizara’s affair has caused some real pain. Vho-Masindi calls to apologise to Kgosi for ruining his welcoming. Tendamudzimu hears the truth about Dee’s c-section.

The Mukwevho’s finally accept Gizara’s daughter as one of their own. Imani’s mistakes prove to be the gift that keeps on giving. Dee faces the truth about her future with Tenda.

To everyone’s surprise Vho-Masindi warms up to Shaz. A stressed Imani waits for Vuyo to take revenge. Dee experiences contractions, are her labour pains kicking in?

Gugu antagonises an unhinged Vuyo for the sake of Imani. Rendani realises that her love life has hit rock bottom. Tenda and Dee panic when they come across complications with the baby.

Imani is desperate to get hold of the video that threatens to ruin her life. Rendani discovers that her desires are opposite to what she preferred them to be. Dee is confronted with motherhood challenges.

Vuyo gives Imani an ultimatum that can save her reputation but destroy her friend. Rendani is considering things she that would have never done before to resurrect her love life. Dee has to come to terms with the fact that Tenda marrying her seems futile.

Imani freaks out when she gets disturbing messages. Rendani has an unbelievable request for her family. Dee turns down Tenda’s offer for them to stay together.

Imani betrays a dear friend to save her life. Marang remembers her time with James when she hears that he has moved on. Sparks fly when Rendani meets a handsome man.

Imani’s actions have a devastating effect on Qalabosha. It seems as if James has already moved on, or has he? Vho-Masindi and Vho-Mukondeleli go head to head while matchmaking.

Imani realises that things have gone too far and she has to come clean. Marang is on a fishing expedition she wants to find out who the new woman in James’s life is. Shaz makes it clear that she deserves Rendani’s potential suitor.

James reels as the onslaught on Qalabosha deepens. Marangs’ visit ends up in a night of passion. Shaz’s popularity with the in – laws gets her into hot water.

Imani’s world comes crashing down when her secret is revealed. Marangs efforts to rekindle with James are rejected bitterly. Rendani’s career driven ways stand in her way of love.

Imani is so devastated; she can’t even bring herself to leave the house. Moipone questions James to see if he knows what he is doing concerning Marang. Rendani finally meets her husband to be, what does she think?

Imani’s video has far more reaching consequences than she imagined. Vuto shows up in Imani’s apartment to set her straight. Everyone is excited when Imani goes out with her intended.

Imani decides to face the world regardless of what they think of her. Marang confronts James and she gets an unexpected surprise. Rendani gives into temptations but has doubts about the road she is about to take.

Imani has a medical crisis that sends her straight to the Doctor. James wants to show Marang he is not toying with her feelings. Shaz has enough ammunition that could destroy Rendani.

Muvhango is on SABC2 from Mondays to Fridays at 21h00. 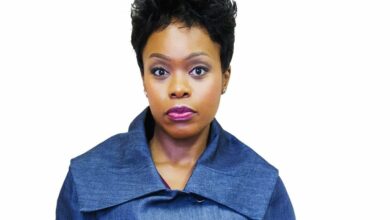 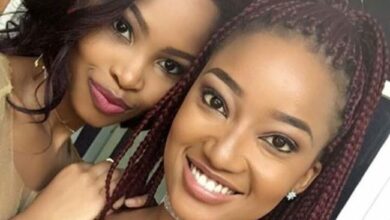 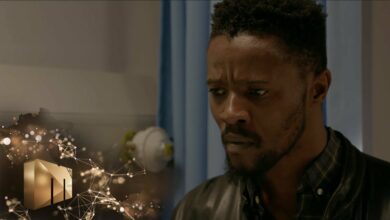 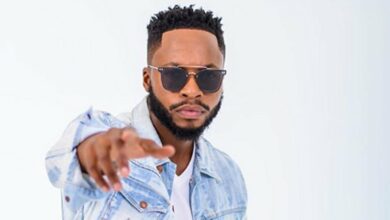