Babes Wodumo Distances Herself From The Video And Tweets That Mock Lady Zamar. Yesterday, a video of a lady who many are convinced is Babes Wodumo circulated on Twitter

In the video Lady Zamar is insulted and mocked over her acne. This angered tweeps who then dragged Babes Wodumo and asked her to apologize to Lady Zamar. However Lady Zamar who doesn’t easily fall for social pressure hasn’t said a thing yet.

In her defence, Babes claims her Twitter account had been hacked. Although many are convinced the voice on the video is hers, Babes denies having anything to do with it. 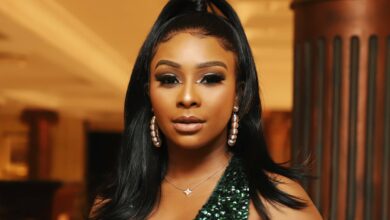