10 Telling Signs You Are The Other Woman. Many people are side dishes out there, but sadly then don’t know. In some painful instances, you partner might even get married to someone else without you even knowing. The following 10 signs can help you avoid such situations. Please note that it can happen to guys too.

A guy who is cheating on his girl will hold back on opening up with the other woman. When it comes to sharing his feelings, his hopes, his dreams, and goals; he will shrug his shoulders, or maybe even ignore the questions entirely. He’s not looking to open up with you because honestly, he’s only out for one thing: a little bit of fun on the side.

A guy who is hiding a wife or a girlfriend at home will give you a really shady story about his past that doesn’t make any sense. You can start by asking him when his last relationship ended. When a guy has secrets and many things to hide, he will try to create a faux-life that doesn’t even add up. Your job is to bust him in his lies.

3. You Have Never Been To His House

When you are dating someone, it is pretty normal to be curious about their living arrangements. It’s just too bad this will never happen if the guy you’re dating is currently in a relationship with someone else. Especially if he lives with his woman, there is no chance you will ever step foot in his abode.

4. You Haven’t Met His Family or Friends

If you’re the other woman, getting introduced to your guy’s family and friends won’t be happening anytime soon. A guy who is cheating would never make his already messy situation even messier by introducing his other woman to the people he cares about the most. Meeting his loved ones is something that only his girlfriend is able to do.

His phone holds the truth to his double life: all the lovey dovey photos of him and his girl and their flirty text messages. If you ever ask to borrow his phone for any reason,and he makes up some excuse as to why you can’t even come within three feet of his mobile device, there might be a main chick somewhere.

Social media is a big deal when it comes to dating and relationships, and a guy’s social media activity can say a lot about him, his personal life, and the way he feels about you. It’s only normal to want to add them on every social media site known to man. Well, it’s just too bad, because when you’re the other woman, you will never have your friend request accepted.

When you’re in a new relationship, you’re just so elated, you want to share your happiness with the world, right? If you’re the other woman, there’s no way your guy will let you take a picture of him. Pictures can be used as evidence, and if they get into the wrong hands, or they’re posted online for the world to see, it could really mess up his relationship with his girlfriend.

8. He Doesn’t Spend Holidays With You

When a guy is in a committed relationship, holidays are already reserved for the woman in his life. If you’re the other woman, you will never spend holidays with your guy because he will be too busy hanging out with his girlfriend. He will probably come up with some excuse like he had to work, or his parents made him go out of town with them.

9. You Never Know Where He Is

When you’re getting settled and comfortable in a new relationship, it’s common to give your guy the 4-1-1 on where you’re going and who you’re with as a courtesy. But if he’s not doing the same for you, it could be a sign that he has something to hide. He doesn’t want you to know where he is for fear that you may pop up and bump into him and his girlfriend.

If you ever tried to reach your guy at night, and you finally gave up after a few tries because it was impossible then, you’re probably the other woman. If your guy has a girlfriend, and if the two of them live together, his phone is probably put on silent or shut off the second he walks through the door. He keeps his phone off because he knows his girlfriend will question every text messages and every phone call that comes through. 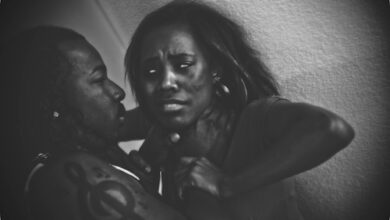 10 Signs Your Partner Might End Up Taking Your Life 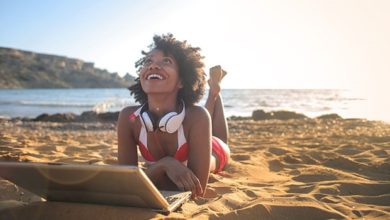 10 Ways To Make The Most Of Your Single Life 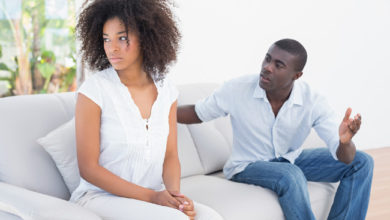 10 Reasons People Go Back To Their Abusive Partners 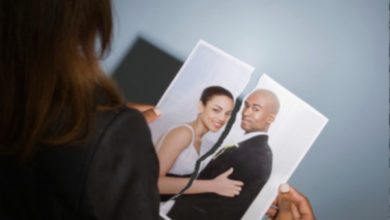 10 Mature Ways To Handle A Breakup