Khanyi Mbau On Yet Another Endorsement Deal. Khanyi Mbau keeps them rolling in. She has just been announced as the new African face of Slimatone. This media personality is at the top of her game.

Media personality and South African icon, Khanyi Mbau, has officially been announced as the African face of Slimatone. Khanyi has been in negotiations with this woman’s fitness and wellness brand for sometime now, and finally the deal has been sealed.

Slimatone deals with an innovative range of wellness products designed with women in mind. Khany is one of the celebrities owning 2017. Her show, The Scoop on SABC 3 is fast becoming the number one show in entertainment and for the SABC channel. Go Khanyi!

Media personality and South African icon, Khanyi Mbau (@MbauReloaded), has officially been announced as the African face of Slimatone💙 pic.twitter.com/tfQhom70bj 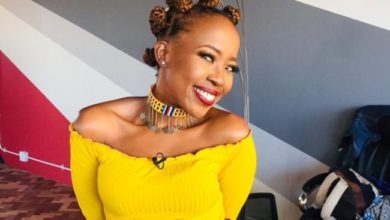