Miss SA 2017 Demi-Leigh Nel-Peters is currently facing attacks from social media for wearing gloves while handing food to black children in her recent charity work in a Soup Kitchen in Soweto.

Demi-Leigh wore the gloves throughout the whole charity event. Her voluntary work at the children’s home was unfortunately overshadowed by the gloves that made most twitter users call her ‘racist’.

Demi tried to justify her case by saying that the gloves were intended for hygienic purposes, “All the volunteers on site were wearing gloves today because we honestly thought it is the right thing to do while working with food and handing out food to young kids..it was purely to be as hygienic as possible” Demi explained herself in a video. 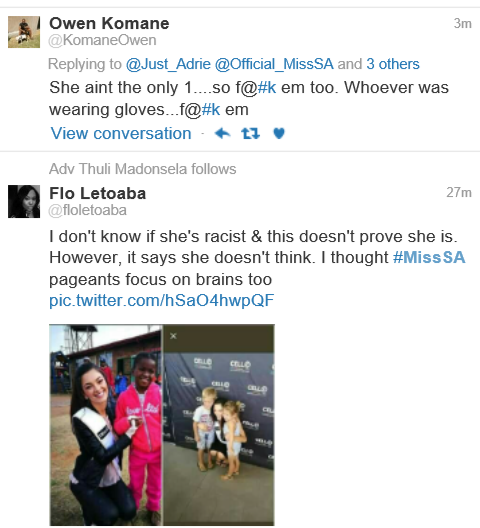 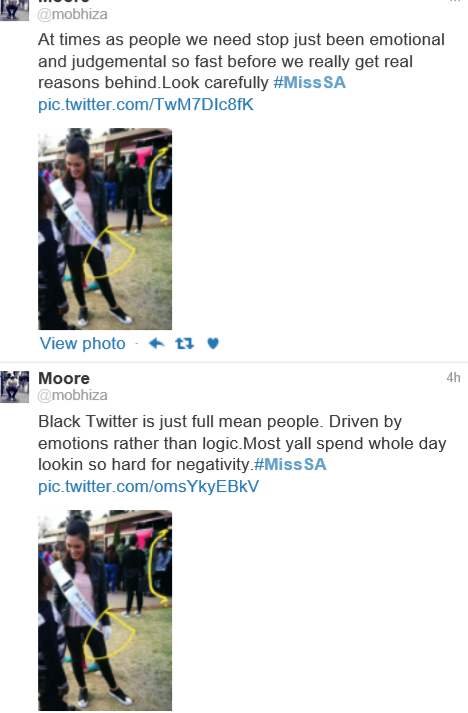 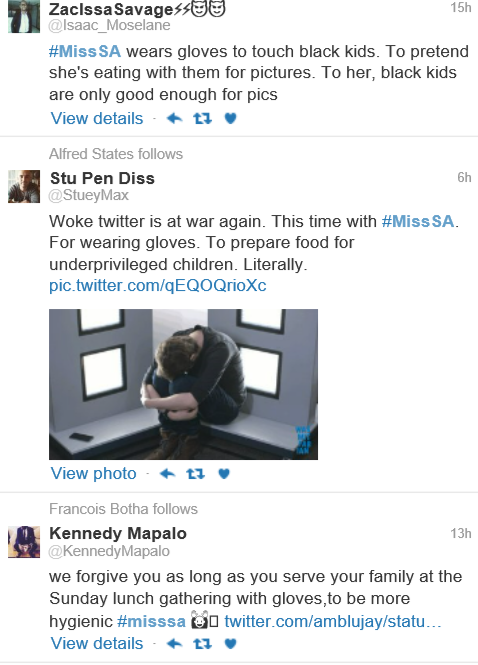 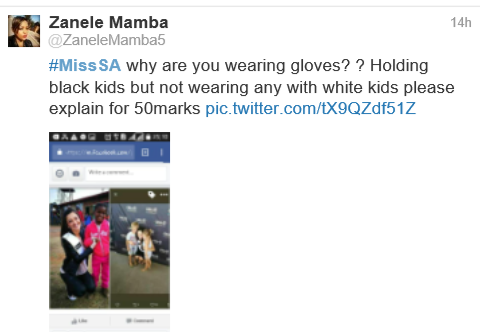 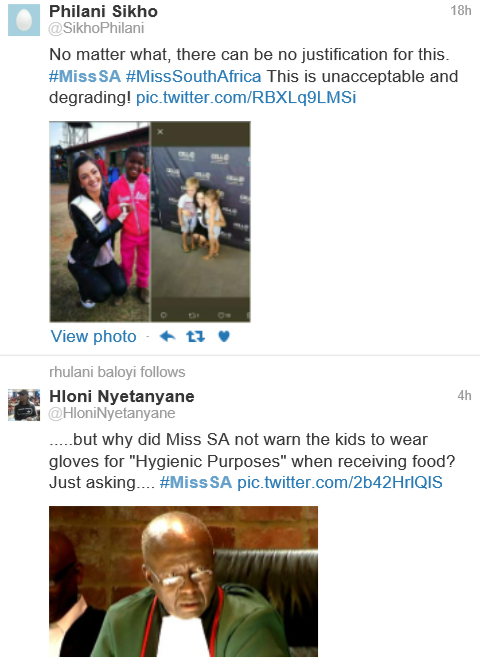 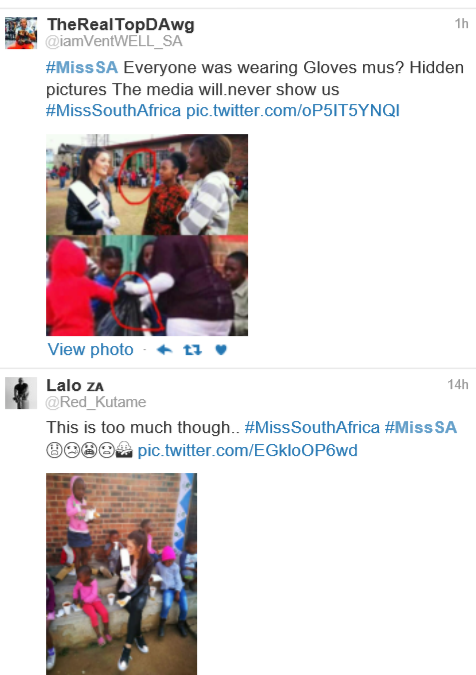 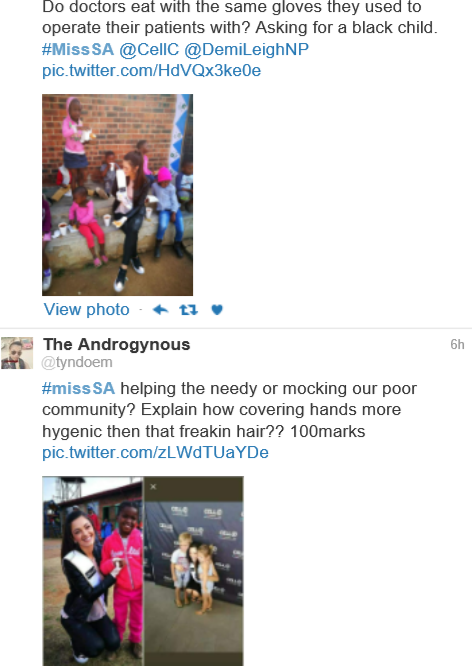 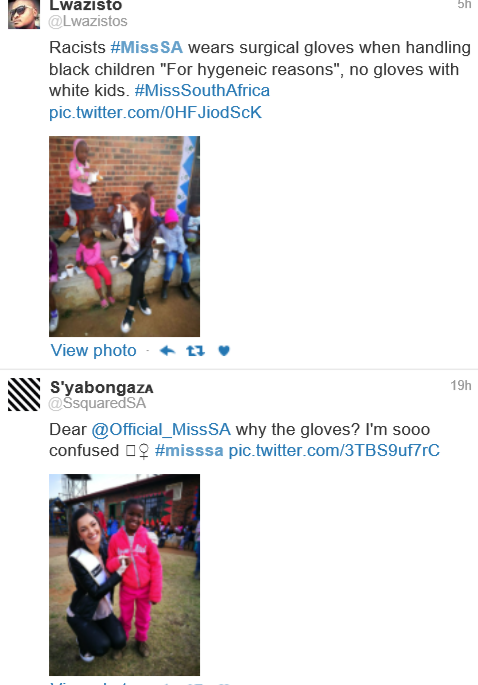 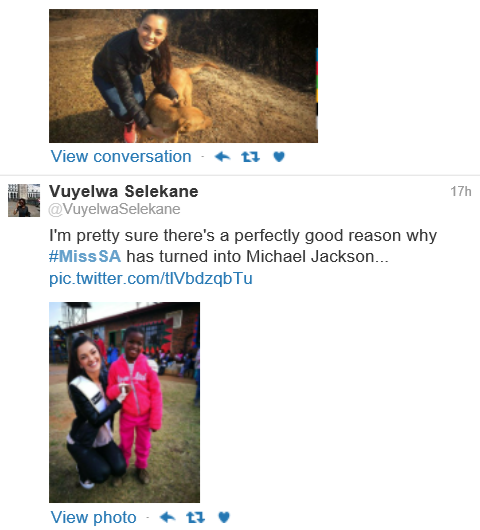 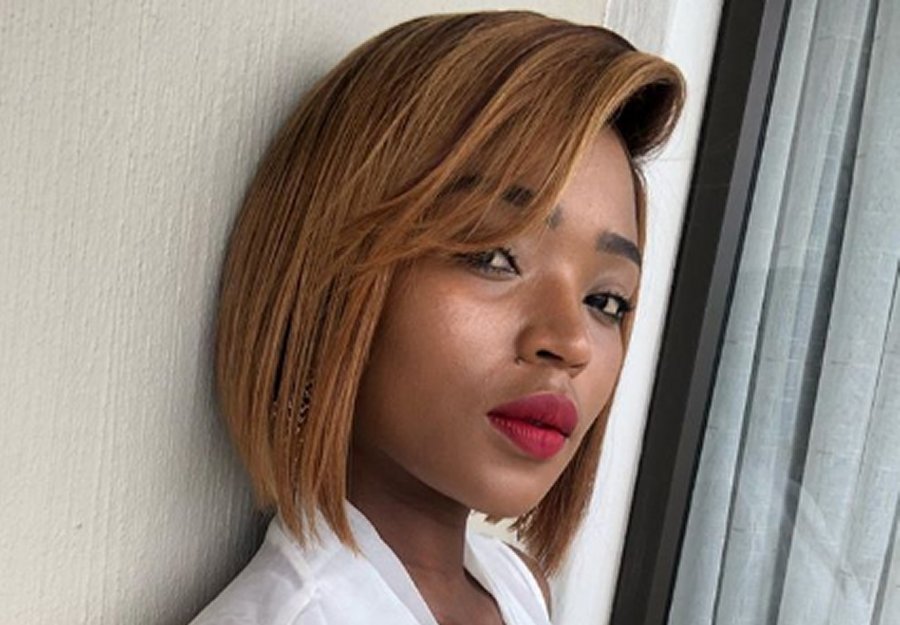 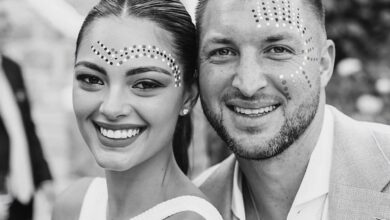 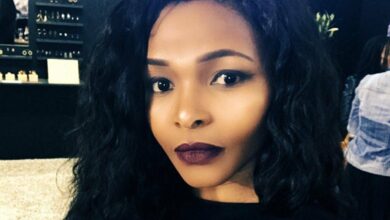