The Queen Bee has been officially welcomed to the dirty 30’s. Typical of her style, the night was nothing short of magical. Although Bonang likes sharing her life withe her fans on social media, this time around she kept the activities surrounding her party under wraps. The following facts though, are a proof that this was a party befitting a Queen, and if you were not there we got you covered. 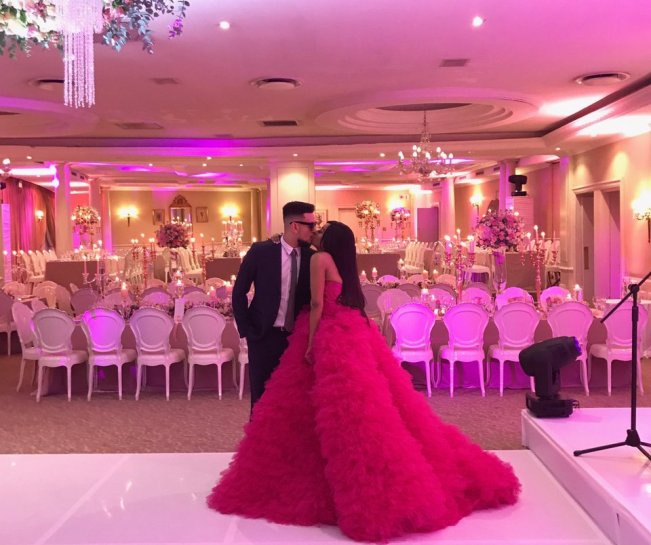 2. Her birthday party was star studded from politicians to bloggers and CEOs the guest list was packed with some notable faces who went all out and looked the part. They included Fikile Mbalula, Nomzamo Mbatha, T-bo Touch, Khanyi Dhlomo, Maps Maponyane and Basetsana Khumalo.

4. Matheba turned 30 on June 25 and the party was the culmination of celebrations that included a New York trip with her boyfriend, rapper AKA.

5. The incredible decor was done by Precious Planner, and the impressed Queen Tweeted, “Wow!!! What a setup, you did such an excellent job!!! Well done.”

6. Her BFF Lorna Maseko, who is a ballerina dancer orchestrated an outstanding grand entrance. The ballerinas opened the floor with a performance and then led the way for Bonang when she entered the hall dancing to her boyfriend AKA’s ‘The World Is Yours’.

7. AKA was also acknowledged by Bonang who told the attendants what a great presence he has been in her life. Wow, after all they are SA’s power couple.

8. One of the dopest moment was when the Queen took to the stage and got down in her gown with her beautiful mom and dad.

9. The celebrations were off the hook such that some people mistook it for a wedding celebration. Way to go B.

1o. The birthday celebration is a week shy from her anticipated reality Television show titled Being Bonang which will air on Vuzu Channel