Ever wondered how Dj Zinhle and her new man met? Wonder no more because we are bringing all the news to you. Zinhle recently shared the story of how she met her man, Brendon aka “Bond. We are taking a trip down memory lane to discover exactly how these loved-up duos met.Most celebrity couples seem to meet in one of two ways: at a party or ay some business meeting or through a friend. 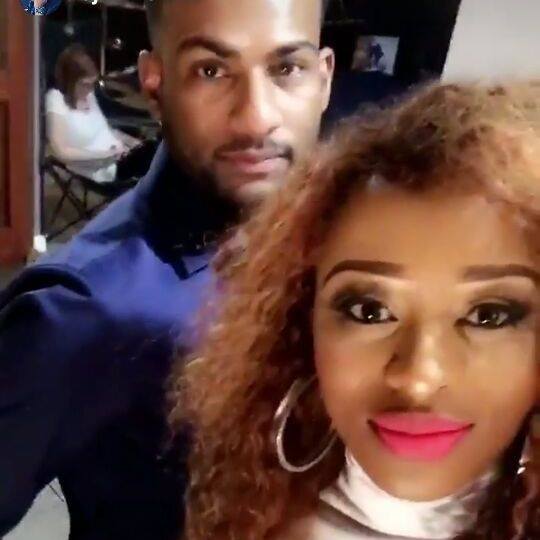 But Dj Zinhle and her man have a more interesting courtship story. Speaking to Anele Mdoda on Real Talk with Anele, she said:

“… There was a DM involved. His cousin DM’d me for business. I went and I did the business thing with the cousin, but when I met his cousin I met the cousin at Brendon’s office, that’s his name, and Brendon was just there like ‘if you need to use my office go ahead guys’. So he left and gave us space and he came back and he was like ‘do you guys need food?’, I’m like ‘yeah sure okay, I’m hungry.”

“And then I was like ‘ugh, my laptop battery is giving me a problem’ and he was like ‘oh no, I know a place where they can fix that’. And I’m like ‘do you want me to come with you?’, which I was hoping he would say yes.”

And she got her wish – Brendon agreed and the battery was fixed.

She continued: “We came back and I needed an email set up, he got it sorted for me… He sorted it, got me food, the battery, the email set up, the whole thing.”

She explained that the business transaction ended but he had her number to send her the passwords and things for the email address.

Zinhle said time went by and a month later he sent a text. “He sent me an SMS saying ‘hey beautiful, just checking on you, are you good’. But even then I wasn’t excited because I know him to be the guy who’s nice, he’s a nice guy, he’s not tryna get with anyone. So it was on a Friday and I said ‘no I’m good, have a nice weekend.

“He sent another text on Sunday asking about her weekend and gigs. “I said it was ‘this and or whatever it was. And then I said ‘where is your cousin’, then he says ‘no, he’s landing tomorrow, let’s do lunch’. So when he said he’s landing tomorrow, let’s do lunch, I assumed everybody. When I get there, it’s just him and he looked so good… I’ve seen [him] basically every day since then whenever I can. We’ve just gotten along.”