Minnie Dlamini’s home was invaded last week Tuesday, with robbers trying to break in. As a result of the incident Minnie had to cancel work commitments to comfort her mom, who was reportedly left shocked by the ordeal. The Soccer Zone presenter was scheduled to present a show at Power FM on Tuesday afternoon as part of Women’s Month celebrations, but did not show up for the do, citing a family emergency that she had to attend to. 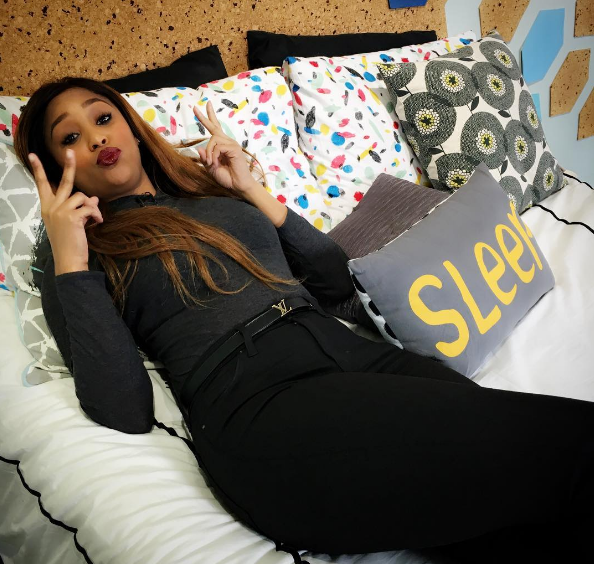 The incident took place a few days before Minnie surprised her mom with a brand new BMW. A video of Minnie handing over the keys to her mom went viral, with the heartfelt gesture inspiring thousands of young people.

Dlamini abandoned the show after she was alerted about a break-in attempt at her mother’s house in Durban.An SABC official privy to the incident revealed that Dlamini alerted the station management and producers that she would not be coming to the studios anymore.

“She had to leave immediately after getting the news to support her mother, who was still in shock because of the thugs,” said the official.

It is understood that Dlamini’s mother, Queen, was in the house when the thugs tried to force their way in through the sliding doors and other windows.

“Luckily, she managed to see them before they got in and they ran away,” the official said.

Zenande Mfenyana Annoyed By Unsolicited Advice On Pregnancy and Motherhood