Generations: The Legacy has been on earth for a year now and since the revamp in Dec 2014, the soapie director introduced us to a fresh cast among familiar faces. One of the fresh faces we were introduced to was Lebohang Mthunzi who played Angela Mogale on the soapie.  Angela was first introduced to us as Tau Mogale’s daughter who was desperate for her father’s and was determined to make a name of herself in the male dominated advertising world. 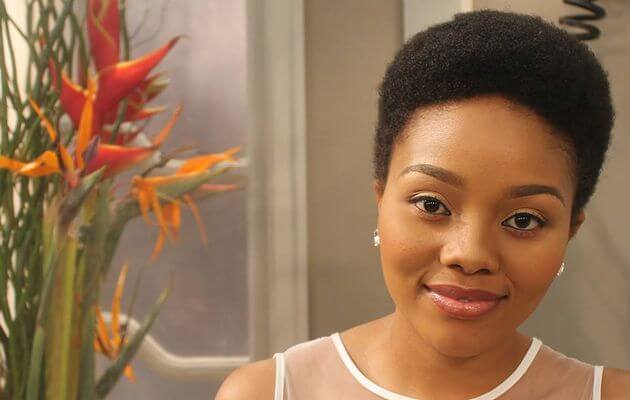 Here are 10 things you probably didn’t know about the gorgeous and talented Lebohang Mthunzi:

2. Lebohang is not only an actor , but is also a Director and Scriptwriter.

3. She has a Crush On Cyprian Ndlovu. The actress took to her Facebook page to let her fans and followers know that she wouldn’t mind having Ndlovu as bae.

5. The list of films Lebohang has been part of :

6. Lebohang has had five lead role so far. One of them would be the lead role on Generations: The Legacy of course and ;

8. Lebohang says she makes the best lemonade. ” My speciality… I make a mean Oros lemonade 😜😝”- she said on instagram.

10. One of her favourite motivational quotes is, “Negative thoughts causes stress. Try to always put a smile on your face even when your heart is breaking and fill your mind with positive courageously inspirational optimistic thoughts”