Just a couple of weeks ago, there were rumours circulating that former Generations star Thabiso Mokhethi and his publicity guru wife, Gaaratwe Mokhethi, are said to be drifting apart. The couple then rubbished allegations that their marriage is on the rocks. Gaaratwe said, “We are more than happy together and there is no problem in our relationship,”. But according to different sources at the SABC, things are turning sour quickly for the couple. 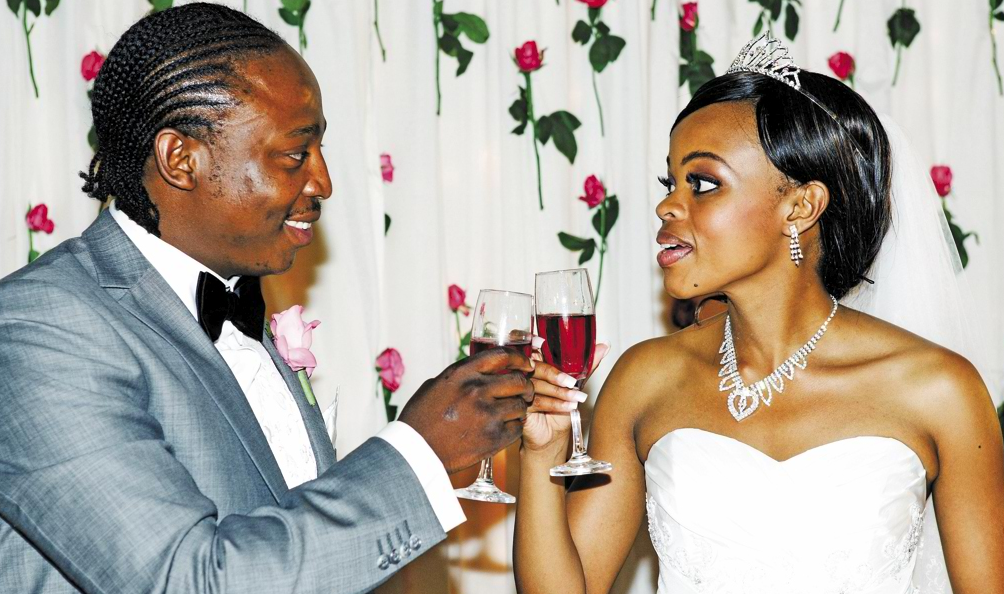 The sources said Thabiso rocked up at Henley Studios in Auckland Park, Joburg, two weeks ago to fetch Gaaratwe and all hell broke loose.

“Thabiso came to the studios and demanded to speak to his wife, who was chilling with her colleagues after a long day of shooting. “He stormed into the studio and told Gaaratwe to leave with him, but there was trouble when she told him she was still chilling with her colleagues,” claimed an insider at Generations: The Legacy, where Gaaratwe works.

It’s alleged that Thabiso lost his cool and grabbed Gaaratwe by the hand and pulled her outside.

Thabiso’s wife went on to file a protection order against her husband after what had happened but it is said that she has decided to withdraw the protection order this past week. Thabiso and his wife apparently arrived at the Magistrate Court together to deal with their domestic violence issue on Friday.

They walked into the family and domestic violence office , where it’s alleged Thabiso told the officials his wife wanted the protection order against him to be withdrawn.

One source said Gaaratwe arrived at the court and tried to convince the officials to withdraw the protection order, but she was told that can’t happen as the matter was already scheduled for court.

Another source said the couple came back on Friday. “On friday they went to the officials’ office, where Thabiso tried to explain that his wife was willing to withdraw the matter as she no longer intended to embarrass him in court. “The officials refused to listen to Thabiso and handed the file to the court. “When Thabiso realised the matter was going to court, he couldn’t face the magistrate and ran away with his wife.

Thabiso and Gaaratwe’s names were called several times but they were nowhere to be seen, causing the court to struck the matter off the roll.

“This Is It,” Enhle Opens Up About The Most Painful Things About Her Marriage To Black Coffee