At this point, we should crown her ‘Queen of  Twars (Twitter wars)”. The ever controversial Ntsiki Mazwai has now taken a swipe at Bonginkosi Dlamini, aka Zola on twitter today, pointing out that the musician/actor is struggling now because of his past actions. This followed after it was reported that Zola, will no longer carry out his responsibilities as host of the popular Mzansi Magic reality show, Utatakho. 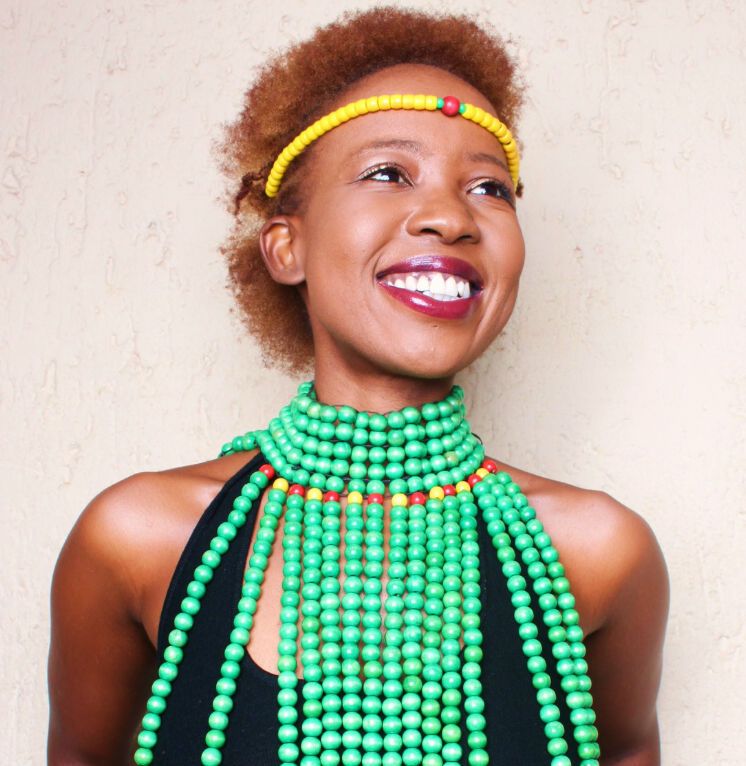 The outspoken Ntsiki suggests that Zola’s career ended because he was a heart-breaker. She wrote on twitter, ” When Zola was a player back in the day breaking hearts, he didn’t realise it would backfire”.

Ntsiki believes that all the challenges in Zola’s life are results of Karma.

Check out the tweets below……

What goes around comes around!

This is what happens when you collect women 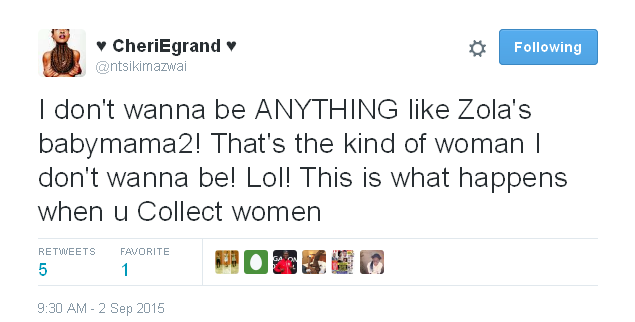