Just a month ago, he made headlines as SA’s youngest millionaire and South Africa was super proud of Sandile Shezi. Following that, things took a different turn as the self-made millionaire made the news for apparently plagiarising his training company’s course material and falsely claiming to have made R30 million in profit, leaving many people skeptical about his riches. 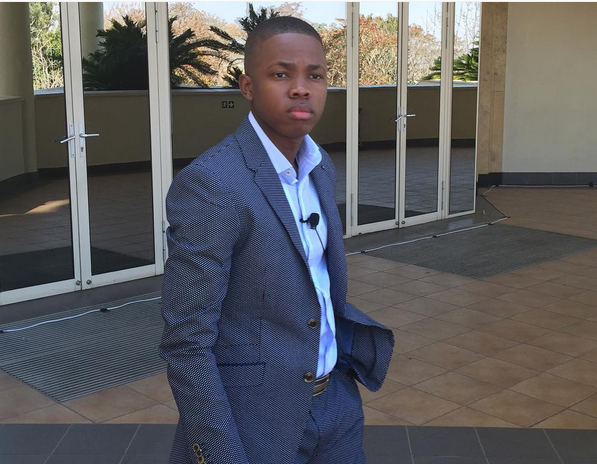 After 23-year-old Shezi shared his success story in the media, several industry players contacted News24 raising suspicion over the operations of his company Global Forex Institute (GFI). GFI provides training in currency trading with delegates sometimes shown an account reflecting a R30-million profit and told they would be taught how to do the same. However, Shezi says he has never said the R30 million belonged to his company.

“I have never claimed to have a R30-million account and have never tried to claim someone else’s account was my own,” he said.

With a lot of people supporting him up of course, the 23 year old rubbished the claims pointing out that the media wants to destroy him. He wrote on his instagram,

“It’s not acceptable for a black man to succeed in our country, if they didn’t see me as a threat, they wouldn’t be trying every trick to discredit me. It’s possible for them to shake us, but they will not break us, they have done it to many other black entrepreneurs, it’s now being done to me, who’s next. I would like to inform all GFI associates from Botswana as well as Soweto not to march to any Media house tomorrow, I appreciate the support but let’s not use violence. I fully understand that a journalists job is to sell nonsense #AfricaRising #BlackChildItsPossible” 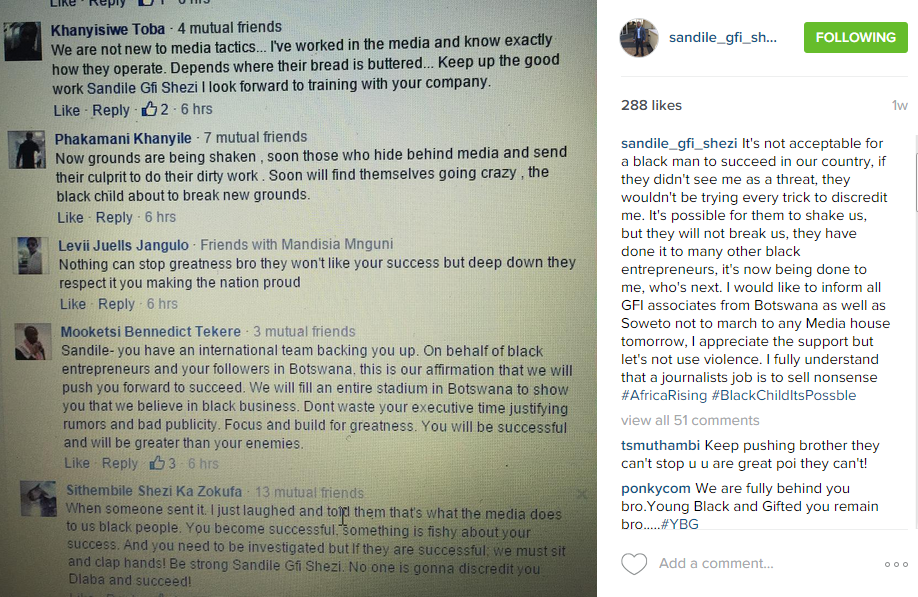