When we thought that the EFF is losing it, it turns out that DA leader Hellen Zille is riding on the same horse. Why do we say this? Well, let’s take you through the process slowly. 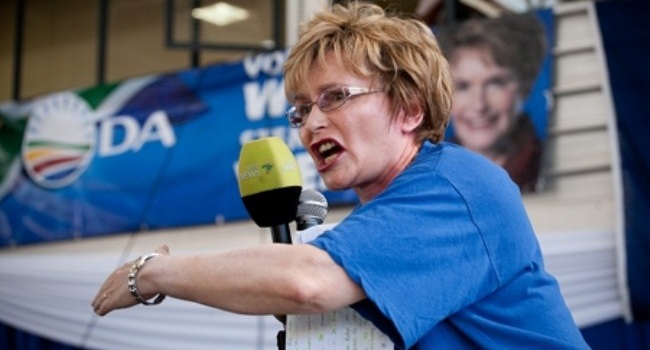 Zille has apparently been a serious nightmare lately and many journalists have had to experience that first hand. No, we are not surprised at all, it’s not like we don’t expect such behaviour from her.  Zille is popularly know for name calling and screaming tendencies.It’s like she cannot tackle a certain political issue without losing her calm.

Some editors have had to endure her attempts to control editorial decisions with shrill, high-volume phone calls. If you think we are making up stories, then check this for yourself.

In her recent interview with John Robbie on Talk Radio 702 yesterday morning ( Tuesday) which proceeded after Zille raised concerns in her weekly newsletter about the state of the newspaper’s reporting, accusing it of plagiarism and “shoddy journalism”.

The Western Cape provincial government decision was criticised by the SA National Editors’ Forum, which said it found Zille’s interference in the affairs of provincial departments “appalling”.

Zille told Robbie that she could not understand the controversy, and that Sanef should be upset about the plagiarism that the DA exposed in the Cape Times.

“This extraordinary attitude of Sanef that somehow deciding not to purchase a particular newspaper amounts to an attack on the free press is just bizarre,” she argued.
We don’t know if Hellen Zille needs to  return from her power trip or whether she needs to see a psychologist soon. This lady has serious anger issues that she definitely needs to deal with before she ruins her reputation further.
Facebook Twitter LinkedIn WhatsApp Share via Email