Oh AKA, where do we start?! It seems like the rapper never shies away from the spotlight. Any chance that presents itself for him to rant, he grabs with both hands. If it’s not AKA’s way then he will make sure y’all know what’s on his mind. We do not deny AKA’s talent, but we are just concerned about the way he’s treating the same people that buy him those grills if his latest tweets are anything to go by. 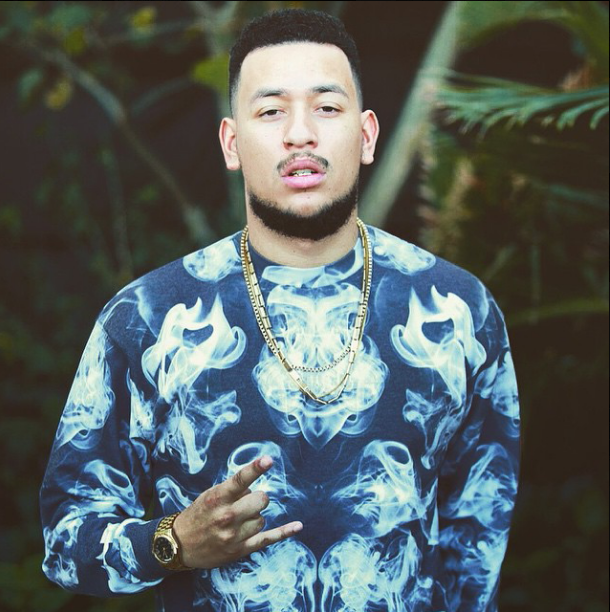 AKA took to twitter to let his followers know how he really feels about people who just want photos with him but are not loyal fans of his work. The rapper wasn’t impressed after an encounter with a “so called fan” who didn’t know the title of his latest album (this is kinda funny) but wanted a pic with the self proclaimed Prince of SA hip hop.

We totally understand AKA’s frustrations, but at the same time we don’t feel he’s at that point in his career where he can say he don’t need “fans”. 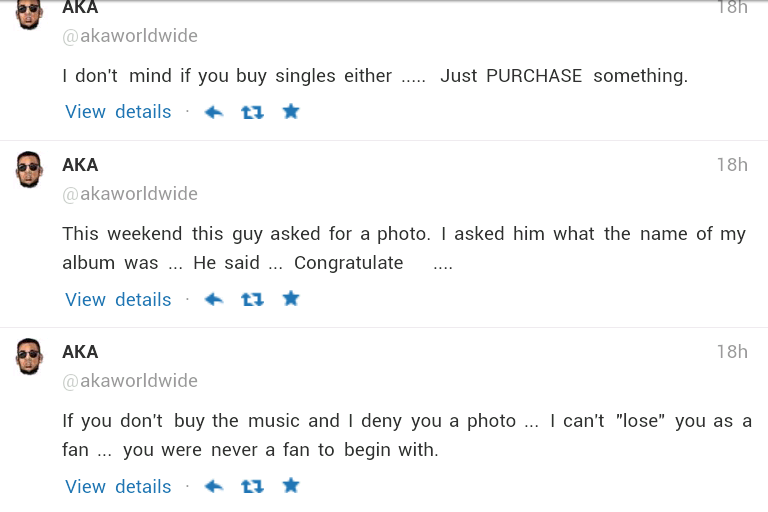 Perhaps AKA wants to be the South African Kanye West, but he must acknowledge that Kanye was humble at least for the first five years before he went off. Come on now AKA, control your ego before it affects your career!