Francois Louw returned to the Springboks in 2012 and made a huge impact from the outset. He made his Test debut against Wales in Cardiff in June 2010, earning recognition for a string of impressive performances for the Stormers during their impressive Vodacom Super Rugby campaign. Here are 10 things you may not have known about Francois Louw. 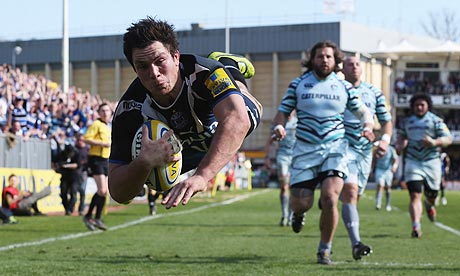 2. Francois is the grandson of the former South African international player Jan Pickard

3. He has made over 30 appearances for South Africa since his debut against Wales in 2010, and has scored five tries in that short time

4. Francois was part of the Stormers team that lost the 2010 Super 14 Final to the Bulls

6. He is a Springbok candidate for the No. 6 jersey in the World Cup, as he’s said to be big enough to create havoc at the breakdown and be a lineout option

7. Francois has been one of the best flankers in the Western Cape in 2010 and 2011, winning man of the match awards at Test level, and helping the Stormers become the stingiest defensive squad in the Super 15

8. He did his tertiary education at the University of Stellenbosch

10. Any meal that’s proudly South African does it for Francois