Few people will know the path that speedster Cornal Hendricks has taken to get to this point in his life. Hendricks may be more well known for his exploits on the field, his size and speed and the deadly inside break that made him such a tough opponent on the Sevens field, but his story is one of determination, one of chasing dreams from the dusty streets of Hillcrest outside Wellington on a path that has taken him to the top. Here are 10 facts you probably didn’t know about Cornal Hendricks. 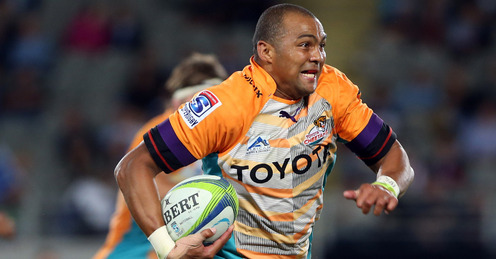 1. Cornal grew up in a poor area with a single mom

2. He fell inlove with rugby at the age of nine

4. Cornal has a poster on his wall with his goals: One was to play Super Rugby, the other to score the most tries for the Cheetahs and the third to try and play in the Green and Gold in 2014. He has achieved all of that

5. Everytime Cornal goes home, he gives his mom some money to feed the poor people in his area

6. Cornal is often spoken of as humble by his teammates and family

7. Before the Blitzbokke’s trip to Moscow for last year’s Rugby World Cup, Hendricks was the only player who was determined to learn Russian

8. Cornal loves Boys 2 Men and he always sings for his teammates

9. He loves trying accents out. He can do a good Aussie and New Zealand accent although he doesn’t really speak English or Afrikaans well; rather he speaks a mixture which always has his teammates laughing

10. Cornal is always motivated, determined and does so because he believes in striving for what you want and going beyond the unfortunate circumstances around you