The guy in this list is probably one of the main reasons women watch soccer. Itumeleng Khune is not only good at what he does but he is also good to look at. The unfortunate part is that there’s only one of him and he’s taken. The list below should play a part in consoling the bleeding hearts out there. 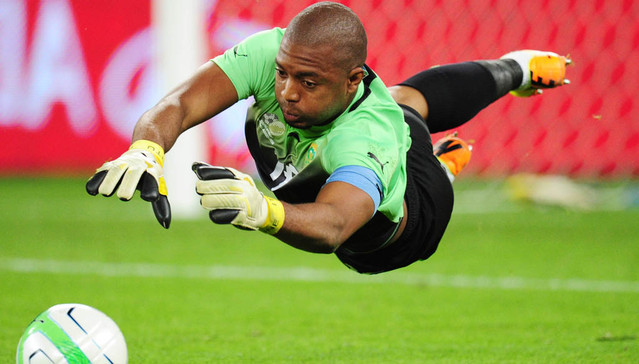 1. Itumeleng Khune lives by the motto ‘aspire to inspire before you inspire” and has lived by it all his life.

4. He was born in Tshing near Ventersdorp in the North West.

5. As opposed to other soccer stars, his first love was cricket.

6. Ithumeleng Khune started off as a defender and got to play goalie when he had chest problems and was given the goal keeper position.

10. In 2011 he was offered an opportunity to play abroad for Crystal Palace.