David Tlale is a force to be reckoned with in the fashion scene. His stitches are running from South Africa to the world at large. David Tlale showed that dedication, perseverance and persistence will get you on the world ramp from Africa, Paris and New York and any place further than your dreams. On 9th of September 2012 David Tlale made history as the first South African to secure a standalone slot to showcase under his own name at The Mercedes-Benz New York Fashion. Check out the full interview below. 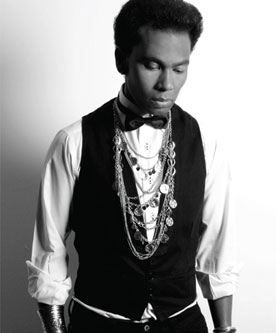 YV: Who is David Tlale?

David Tlale: He is a proudly South African Designer, born and raised in Volsoorus, Boksburg. A creative who doesn’t do fashion, but IS fashion. He is a trendsetter that constantly pushes the boundaries of what is acceptable or normal and challenges stereotype.

YV: Have you always wanted to be a fashion designer?

David Tlale: I actually studied auditing on my first admission to university, but got bored of that very quickly. I did, however, love dressing my sister’s Barbie dolls when I was little.

YV: Where/When did the journey of fashion start?

David Tlale: It started in 2003 when I enrolled for a degree in Fashion Design at Vaal University of Technology

YV: How did you feel showcasing your designs for the first time in Paris Fashion Week?

David Tlale: It was humbling and exhilarating at the same time. It was a great opportunity for me to get my brand the international exposure it needed at the time and show Paris what this country can do in fashion. 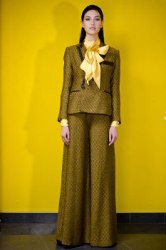 YV:What did you learn from that experience?

David Tlale: That fashion is not for the faint-hearted and it is not an overnight success.

YV: How did Green Collection come about? And how was it received in the market?

David Tlale: The green collection was inspired by the voluptuous figure of the South African woman. All women deserve to be dressed in fabulous clothing and why should it not be a David Tlale design. The collection also made it clear that David Tlale designs for all kinds of women. It received a beautiful reception.

YV: How different is Van Der Tlale to your other designs?

David Tlale: VDT is an accessible version of an exclusive product. It still encapsulates the essence of David Tlale, but has a more youthful take on the brand. The signature style of elegance and drama will always shine through anything David Tlale creates.

YV: How did the relationship with Legit come about?

David Tlale: It was inspired by the need to encourage South Africans to embrace multiple brands within a brand. Similar ventures have been initiated by Armani and Karl Lagerfeld, which were received with open arms and it is this kind of global business trend that VDT has sparked.

YV: You have your own store. Are all your designs available in the store?

YV: How important is it to brand yourself?

David Tlale: That is what this business is all about. What would any one organization be if it didn’t brand itself? Branding is the key to building awareness about your product and attracting your desired clientele, it is how you grow your business. 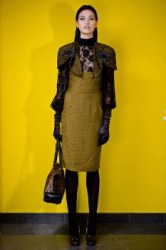 YV: You’re taking David Tlale the brand internationally. How important is that to you?

David Tlale: The fashion industry is global. The excellence that my brand produces needs to be made available to the rest of the world and establishing my brand in the USA is currently one of my biggest goals.

YV: The world is going green. Are you using environmentally friendly materials?

David Tlale: I use materials that suit the vision of my inspiration and design. The creative process decides that for me

YV: What has been your biggest challenge?

David Tlale: Being a fashion designer and learning to become a businessman while making the business grow.

YV: Your biggest achievement yet?

David Tlale: Securing a stand alone slot to showcase under my own name at The Mercedes-Benz New York Fashion Week this September.

YV: Who is your inspiration?

David Tlale: I draw inspiration from designers such as Alexander McQueen and Jean-Paul Gaultier. My ultimate inspiration comes from God.

YV: Where’s your favorite place to hang out?

David Tlale: I don’t have that much time to hang out, but when I do I enjoy the company of friends at home or a fine dining restaurant.

YV: What’s in this season?

YV: Your advice to young designers?

Fashion is not all glitz and glam. It’s hard work, but if you believe in your talent, don’t let anything dissuade you from reaching your goals. 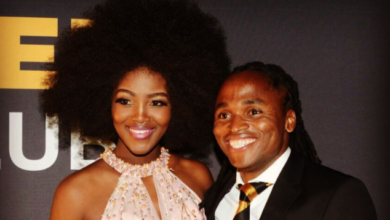