Ralf GUM is one of the most respected figures in the house music scene for the distinctive qualities in his exceptional productions and DJ-sets. He is well known locally for his smash hit Take Me To My Love off his album titled Never Leaves You. Check out our interview with the multitalented musician about everything from his sound to his inspirations and words of advice to aspiring artists and youth in general.

Youth Village: Please tell us more about who Ralf GUM is?

Ralf GUM: Ralf GUM was born in Germany in the seventies and became later, thanks to his passion for music, a DJ and music producer…

After finishing my studies at University I made my passion a profession and am working now for more than 20 years fulltime in the music industry. Since 2001 I run my own label called GOGO Music and of course still play as a DJ and produce music. More than a year ago I relocated to Mzansi.

Youth Village: You were raised in Germany, how would you describe your childhood?

Ralf GUM: I would say that it was a pretty normal childhood. I grew up in a small village were playing soccer or tennis were the best and most exciting thing to do. I only came in contact with nightlife quite late, at the time when some of my slightly older friends got cars and we were able to drive to the next bigger towns.

Youth Village: What got you into music?

Ralf GUM:  I had a natural interest for music as a teenager. It almost seemed that music literally called me. I am not coming from a musical family background, but my interest for music made me collect records which eventually led to DJ-ing. In House Music I found the perfect combination of elements from the different genres I really like.

Youth Village: What was the first gig you played at?

Ralf GUM:  It was at a club called “Airport” in my hometown Wuerzburg, Germany, where I was given the chance to play in the smaller and less commercial of two rooms for the first time in 1990.

Youth Village: How do you define your sound?

Ralf GUM: I don’t like it too much to put music into boxes, but if there’s the need to name it, it has to be called soulful and deep House.

Youth Village: What was the first record you ever bought?

Ralf GUM:  Honestly I don’t remember anymore and already struggled to answer this question in other interviews, but if we are talking about the first record that I really bought with my OWN money, it must have been something like Kraftwerk or other early electronic sounds.

Youth Village: Who are your music influences?

Ralf GUM: To many too mention. I believe there’s good music in many genres and if time allows I try to listen to various. I like Jazz, Soul, Funk, Disco, Latin, Afro-Beat, even Classic and much more. In all of the aforementioned you’ll find inspiring artists and sounds.

Youth Village: What motivates you in life?

Ralf GUM: The love for music kept me always going. The best reward and motivation is to get a good feedback from music lovers and fans.

Youth Village: You have done various workshops teaching about music production, label businesses and dj-ing what inspired you to do that?

Ralf GUM:  After 2 decades in the music industry, I have seen and learned a lot and I think it is important that established artists pass their knowledge to a younger generation. Nowadays times have become faster moving compared to the nineties when I started out and hence it is even more important to take the right career steps. If the workshops help talent to avoid mistakes someone else has done or avoid that they go through unnecessary struggles, I am happy.

Youth Village: Do you feel young people are given enough support and opportunities to build essential skills and be successful?

Ralf GUM:  It is a difficult question to answer in general. Compared to other countries I see a bigger support of arts, especially music, by Government and other official institutions in South Africa. As well the established artists are supportive, as e.g. DJU by initiating the Southern African Music Conference, which is meant to teach and educate talent. However I am aware that many might not have the financial background or fortune to participate in such initiatives. Access of financial capital is a problem as banks have not recognised music as a serious business yet and thus young talent is not able to receive a loan to build for example a studio. However this is not specifically a South African problem as entertainment is not seen a serious profession in many countries and basically I have to say, that people can’t always expect to receive help from someone else. To a certain degree everyone has to be able find and make his own way. During my career I never was able to attend a production or DJ school. If you have the will and talent you can make it as well without the support of someone else.

Youth Village: One of South Africa’s loved track “Take me to my love” featuring Monique, how did that collaboration come about?

Ralf GUM: Monique and I released our first song together in 2008 which was called ‘Kissing Strangers’. At that time I was working on my first album and it was my wish to feature her on it. I just searched for her contact and hit her up with an email. Luckily she liked my music and sang on it. By now we are good friends and probably will work together till we’re old and grey.

Ralf GUM: It mainly differs in the groove. South Africans like percussion and feel if something has the right groove. As well I see more love for all things soulful in South Africa, while Germans rather like it techy.

Youth Village: You have worked with a lot of artists, what other artists would you like to work with?

Ralf GUM: I had the pleasure to work with many who I consider to be beyond the best in House Music and would find it interesting to feature artists from other soulful genres to convert their style into House. A dream would be to work with Jill Scott for example.

Youth Village: You have performed in many countries, what other countries would like to perform at?

Ralf GUM: The only continent where I have not played yet is Australia. So it is a wish to perform there to complete all continents.

Youth Village: One of the biggest challenge facing youth is unemployment, what words of encouragement would you give to those young people struggling to get jobs?

Ralf GUM: It is difficult to express an encouragement in few words, as I don’t want to say something trivial about such an important topic. I am aware that this is a big challenge and the roots of the problem need to be solved, as for example it needs equality of opportunities when it comes to education.

Youth Village: What are your plans for the future?

Ralf GUM: After a hectic year which hardly left me time for studio work, I hope to find more time for it again and will probably start working on a new album.

Youth Village: What would you say are the qualities needed to become a successful dj?

Ralf GUM: It is a combination of technical skills, which one can train, experience, which one will get along the way, and talent, which one must have. As well it helps to have an understanding of people in general, as this helps reading a crowd.

Youth Village: What is one thing you would like to change about the world today?

Ralf GUM: There’s too much hate and jealousy, the reason for all fights and wars. So if it would be possible to take away this acquired characteristic from human nature, the world would be an almost perfect place.

Youth Village: What are some of the challenges you feel are faced by the youth today?

Ralf GUM:  You already mentioned one of the biggest problems, which is unemployment. As well health life style needs to be mentioned as diseases as e.g. HIV affects the way of life obviously. Even it might not affect us yet in daily life, climate change is a problem we have to deal with. It will lead to water shortage in many countries in the future, which will cause many problems and fights. I foresee this might be a big issue for future generations, but it should already be faced now.

Youth Village: What are some of the solutions to these challenges?

Ralf GUM:  I think most important is to provide good and affordable education for all young people, as well when speaking about higher education. Ideally all schools should even be free for everybody. A well educated youth is able to adopt to the requirements our fast changing world demands from them. For me education is really the key for a brighter future.

Youth Village: What is your advice to young people out there? Particularly upcoming artists?

Ralf GUM:  For an artist it is important to follow his heart and stick to the sound he really feels. However don’t expect success overnight, but be patient. As well don’t neglect school or apprenticeship only because you find more fun in your art. Rather wait for the right time to make your hobby a fulltime job.

Youth Village: How can your fans connect with you?

Ralf GUM: They can visit my label-homepage www.GOGO-Music.net or connect with me on social networks, while I am mainly active on Facebook (www.facebook.com/Ralf.GUM.GOGO) and Twitter (www.twitter.com/RalfGUM) or come to one of my gigs. 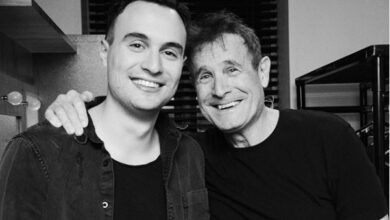